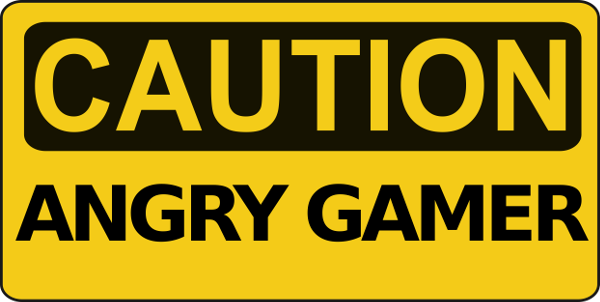 Earlier this week, a hardcore gamer was arrested after an attempted shooting spree at a mall. A 911 call was received claiming that a young man was attempting to shoot patrons at the mall. Police responded within minutes and arrested the gamer.

However, there was likely little danger to the general public. When the shooter was arrested he had no weapons on him. When police arrived on the scene, the gamer was holding what appeared to be a video game controller and was running through the mall pointing the controller at people and pushing buttons while yelling things like, “Take that noob!” and “Hey retard, learn to play!” At one point the shooter ran to a mall patron who tripped and attempted what others called “teabagging” while gloating over his “kill”.

Police on the scene are not sure what triggered the gamer to go on the shooting “spree” or why he attempted it without the use of a firearm. Officers can only guess that he must have snapped after playing violent shooter games at home. Perhaps he lost too many games and just couldn’t take it any more.